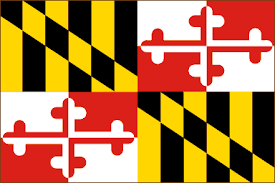 MINIMUM WAGE  Maryland's  minimum wage will increase  from $8.75 to $9.25, part of incremental  increases approved in 2014 to  take place over several years.

Montgomery  County’s minimum wage is $10.75 and is set to rise to $11.50 in July.  Under the new legislation, it would increase to $12.50 next year, $13.75  in 2019 and $15 in 2020.
HEALTH DEPARTMENT  The  state health department is  changing its name from the Maryland  Department of Health and Mental  Hygiene to the Maryland Health  Department. PLANNED PARENTHOOD  Maryland's  legislature was the first in the  country to pass legislation this year to backfill potential federal cuts  to Planned Parenthood, in order to help protect access to  preventative care services for nearly 25,000 Planned Parenthood patients  at nine health centers in the state, if the federal government cuts  funding. It directs $2 million  from Maryland's Medicaid budget and $700,000 from the state's general  fund to family planning services. TAXPAYER PROTECTION  The law strengthens the ability of the comptroller's  office to stop tax fraud, protect taxpayer information and hold  fraudulent filers and tax preparers accountable. The  law gives added responsibilities to the Field Enforcement Division of  the Comptroller's Office to investigate potential tax fraud, also  allowing the agency to seek injunctions against tax preparers suspected of  fraudulent and criminal practices. HOMETOWN HEROES A  state tax break is going into  effect on retirement income of law  enforcement, fire, rescue or  emergency services personnel who are 55 . The law exempts the  first $15,000 of retirement income from state  taxes. OPIOID EDUCATION  The Start Talking Maryland Act requires Maryland schools to have specific education programs on opioid addiction. It  requires public schools to include the dangers of heroin and opioids in  drug education starting as early as third grade and into college. It  also requires public schools to have naloxone, which can reverse opioid  overdoses. Schools also are required to have staff trained to use  naloxone. POLLINATOR PROTECTION  Pesticides known to harm bees will be  prohibited on state land  designated as pollinator habitat. Last year,  Maryland approved a law to  designate pollinator habitat on state agency  lands, but it did not  prohibit the use of harmful pesticides. The  new law allows  exceptions for public health emergencies. It also gives  state agencies  freedom to designate which of their lands are protected  and which are  not. Last year's Pollinator Protection Act made Maryland's  legislature  the first in the country to restrict consumer use of  neonics,  pesticides known to harm bees. CRAFT BREWERIES  Breweries  will be able to sell up to 2,000 barrels of beer annually, up from 500  barrels. The change in the law was made to pave the way for Diageo to  put a Guinness brewery in the former Seagram's bottling plant in  Baltimore County. The estimated  $50 million project will be the only Guinness brewery in the United  States. A small-scale brewing operation and taproom is expected to open  this fall, with a full brewery and visitor experience slated to open in  the spring of next year. The facility will brew Guinness Blonde American  lager for national supply. Guinness hasn't had a brewery in the United  States in more than 60 years. In  addition to being able to sell 2,000 barrels of beer a year, Maryland  breweries throughout the state can ask for permission to buy another  1,000 barrels from distributors for sale in their taprooms. Breweries  now open will be able to keep their hours, but new breweries will have  to close at 10 p.m. My team and I are real estate  experts in Montgomery County  and the surrounding Metro area. When buying  or selling a home, please  consider us your resource for all things real  estate. If you need  referrals  for obtaining a home loan or are  refinancing, want a  recommendation on a home warranty, need a service or  just have a home  related    question, please give me a call at  301-910-9910 or email me  at bobmyersteam@gmail.com.
share Share
arrow_backTop Home Renovations for Maximum ROI
Return to Blog Index
Be Thankful You Don't Have to Pay Mom and Dad's...arrow_forward